Aviation industry is functioning as a dynamic sector in the recent times, with a direct and major impact on the travel and tourism industry on the whole. Preventing the stagnation in the sector, especially by developing the technological aspects is the need of the day. With the target-specific goals, the sector is investing to meet the goals and it has already resulted in a positive experience of the customer satisfaction, with less time in queues.

As the numbers suggest, the passenger numbers will double by the next 20 years. The Airlines and airports have allotted a significant amount of budget in the recent times. In 2018, the budget was a staggering amount of US $50 billion for the upcoming year in the IT segment only. Compared to the total spending in 2018, which was US$ 40.2, it has increased by 25 percent. 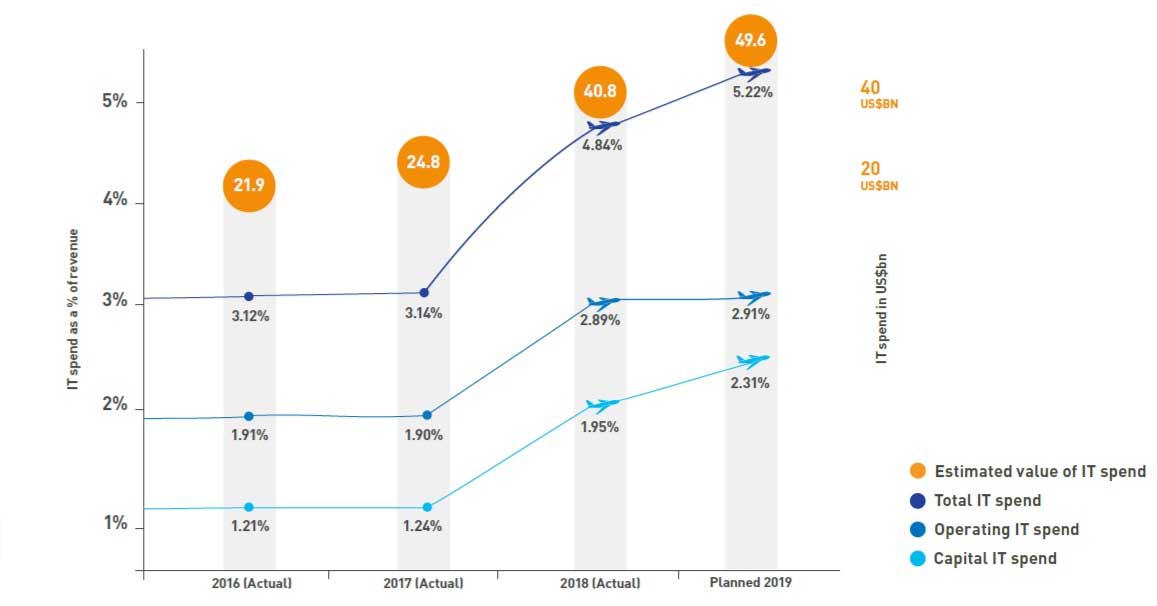 Fig: Airlines spend in IT sector in US$ Billion unit in recent years

The SITA 2019 Air Transport IT Insights report highlights the significant improvement as a result of this investment in both the satisfaction level of the passengers and the average processing time of information. The report also shows that 60percent of airline CIOs recorded up to 20percent year-on-year improvement in passenger satisfaction. The same year shows 45 percent of them with up to 20 percent improvement in the rate of passengers processed.

The positive impact of investment in technology and structural development was also seen in airports. In this case, 63percent of CIOs experienced a improvement of up to 20percent in passenger satisfaction levels and  44percent of them had quicker passenger processing times on the specific year. 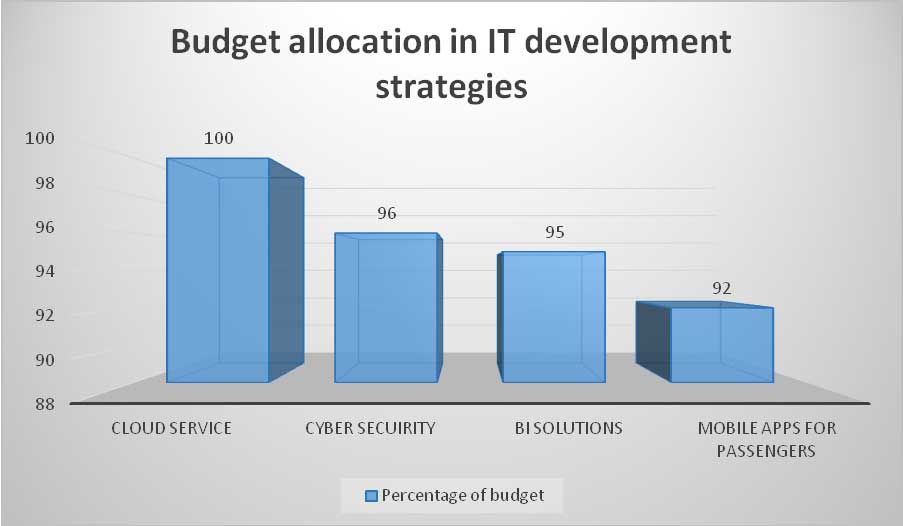 The Airlines CIOs have focused the IT development strategies with a goal of complete digital transformation, where cloud services (100percent) and Cybersecurity initiatives (96percent) are the most sought-after areas in case of budget allocation. 83percent of airlines have implemented programs for cloud already. In case of cyber-security, 86percent have already started the programs. BI Solutions (95percent) and mobile apps for passenger services (92percent) are two other significant factors in this case.

In light of these developments and this report, the airlines have given their opinion regarding their operating spending budget in 2020.  While 49percent of airlines predict an increase, 28percent predicts it to be same and 23percent expects a decrease. In the case of capital expenditure, 55percent opined of an increase and 25percent expects it to remain unchanged.

The figures published by SITA directly show a correlation in the improvement of the satisfaction level of the passengers as well as the efficiency of the airlines-airports with less processing time. The below figure shows the percentage of airlines who has implemented or planning to implement the steps in the coming years. 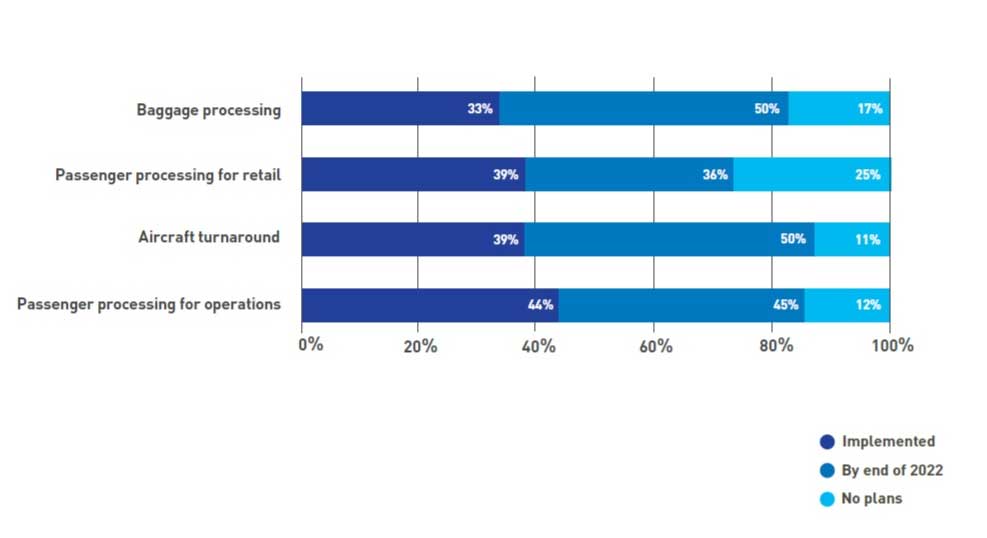 Fig: Use of business intelligence by airlines in passenger processing 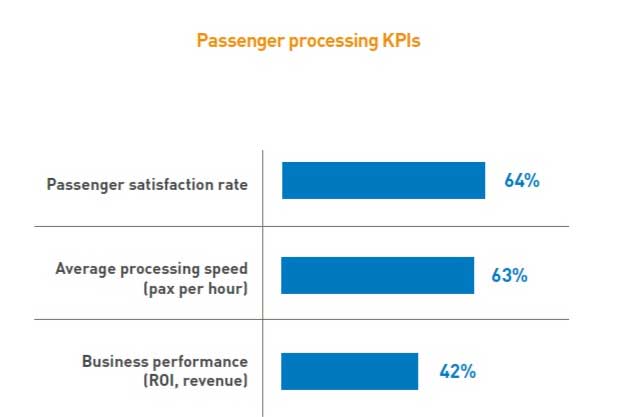 With the steps like these, along with unassisted bag-drop service to passengers, web check-in, baggage tracking in real life etc. have resulted in customer satisfaction. Thus, the proper investment in the aviation sector is steadily supporting improvement in the recent years.