Gujarat is one of the most economically advanced and heavily industrialized states of India. At the same time, it occupies its own important place in the country’s travel industry. The state tourism takes pride in its sole possession of Asiatic Lions’ population and this is reflected in the Gujarat State Tourism’s logo too. This results in the Gir forest being emphasized more as the one of the major tourist destination.

However, the state of Gujarat offers an innumerable number of gems of natural and heritage destinations. From the UNESCO heritage city of Ahmedabad to the majestic temples of Dwarka and Somnath, coastal cities like Daman and Diu to the bird sanctuary in Nal Sarovar, there are a number of spots that draw millions of tourists, from all over India and foreign countries. Then Rann of Kutch, a natural marvel which is already a huge crowd-puller but its full potential is far from achieved. 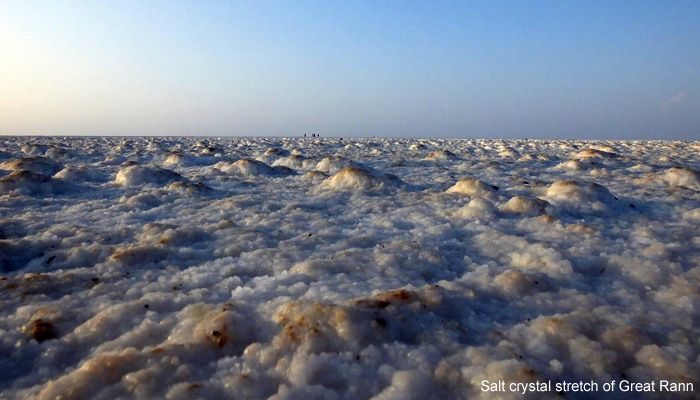 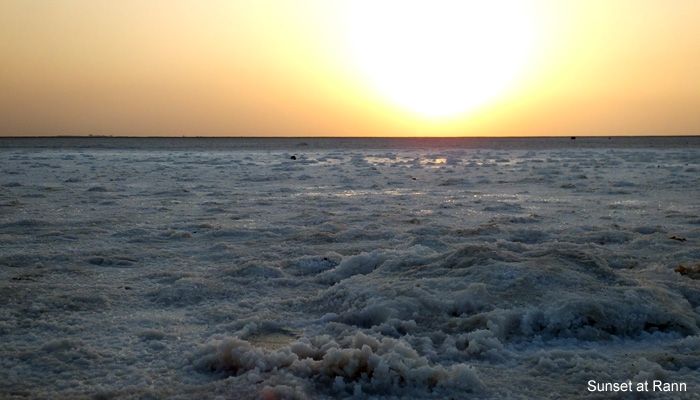 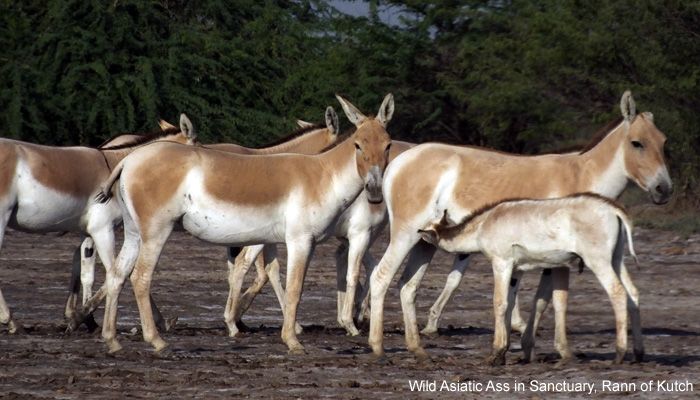 Rann of Kutch is basically a hybrid of sea and desert, which was one the part of Arabian Sea. This semi-arid marshy land stays under water during the monsoon season in India and in the remaining months, white salt crystals decorate this vast stretch of landscape. The geological forces separated this part from the sea, transforming it into an inhabitable salt-encrusted vast plain for most of the flora and fauna. In the winter months from November to February, the place is transformed as vast tent cities are erected amidst the white desert, for the magical Rann Festival.

To experience Kutch, proper planning is highly needed, as the place comprises of two major divisions- Greater Rann of Kutch and Little Rann of Kutch. If you want to cover both the areas, it is better to make an itinerary of 4 days and 4 nights. The Greater Rann of Kutch can be accessed easily from Bhuj. After the train or flight into the city, the first day can be spent on covering the major sightseeing points in Bhuj itself. On the next day, tourists can take a car to Dhordho, the gateway into the Rann of Kutch, where the major Rann festival tents are built. The staying options include Kutchi Bhungas- mud huts which are traditionally crafted and decorated with handicrafts. Near Pakistan border, Kala Dungar (1515 ft.) is the highest point in Kutch, crowned with a centuries-old Dattetreya temple and a panoramic view of the Great Rann of Kutch.

On the next day, a 295 km car journey lies ahead to Dholavira, an island or “Bet”- floating in the Rann. This place is an archaeological site, because this is the largest Indus Valley Civilization site in Independent India from 2650 BC. This grand city remains bear the example of great technological and hydraulic engineering marvel in that era, with their massive water conversation and resource management system. From here, tourists can take a car or hike with permission from the military authority to Fossil National Park and Sunset point.

The desolate landscape and scarcity of resources result in lack of flora and fauna in the Rann of Kutch, but some very unique species thrive and enrich this ecosystem. Little Rann of Kutch is 235 km from Dholavira, where tourists come across a number of them. ‘Gudkhur’ or Asiatic wild ass, an elegant chestnut brown member of the horse family, galloping across the Rann is a sight to watch out for. Nilgai or Blue Bull. Chinkara, other endangered animals like Indian Wolf, desert fox, Indian Fox, Jungle cats, Hyenas, numerous species of migratory birds like Flamingos, Pelicans, and Terns are the major attractions here. Royal Safari Camp near the Wild Ass Sanctuary is a heritage hotel, with great hospitality and scrumptious meals. You can wash off the tiredness here and venture into a morning safari in the wilderness.

Gujarat is a hot and dry state, and the winter months are the perfect time to visit the place. In this time, Rann Festival also takes places to showcase the colourful cultural and ethnic diversity of this are. Enter the region with camera in hand, and leave the place with memory card and a heart full of memories and pictures. This is a must-to-visit destination for the avid birders, wildlife enthusiasts and the nature-lovers who want to feast their eyes with the natural wonders.