God’s own country, Kerala is one of the states which offer a plethora of options in the travel and tourism sector. The well-maintained roads lead to not only golden sand beach by the Arabian sea or snake boats in the backwater lakes but also dense jungles rich in biodiversity and hill stations with a lush green terrain. One of the most precious jewels from this collection is Wayanad, on the lap of the Western Ghat Mountains.

At a height of 700-2100 meters from the sea level, Wayanad is the southernmost part of Deccan plateau. The place is well-connected to Bangalore, Mysore, Kochi, Chennai, Trivandrum and Kozhikode.

The district with the same name is located at the border of Tamil Nadu and Kerala. The renowned hill station and destinations in this area are Alleppey, Kochi, Munnar, which draw a huge crowd. Consequently, the lesser-known Wayanad remains pristine and untouched, where immaculate virgin nature welcomes you.

Major highlights in Wayanad are its spice plantations and wildlife. It is often called the spice garden of the south and the home of the monsoon. If you wish to experience the place properly and in an intimate way, you may take the approach of walking through the sprawling spice plantations, while searching for some rare species of bird or trekking to the pre-historic caves besides staying in a lavish resort with all the modern comfort and amenities. 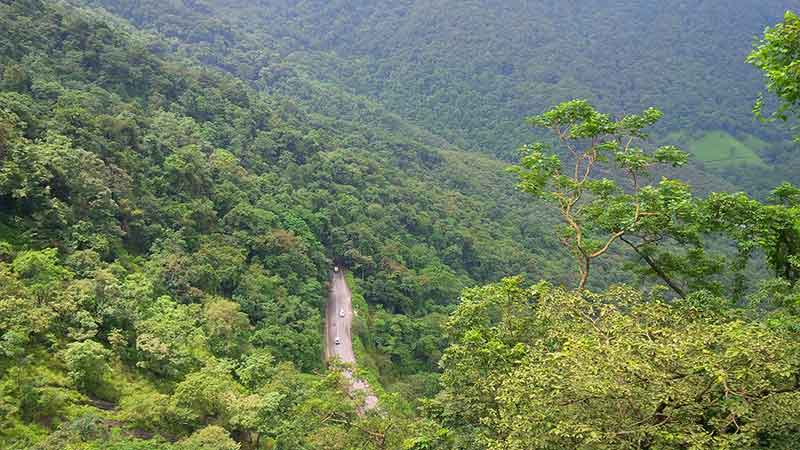 The wildlife sanctuary and national park in this area, Wayanad Wildlife Sanctuary, houses a variety of flora and fauna, many of which are rare and in the conservation list. This area is a part of Nilgiri biosphere reserve, a major bio-diversity hotspot of the world and if you are lucky, you can catch glimpses of elephants, leopards, tigers, Dhole or Wild dogs and bears.

The other major places in Wayanad includes but not limited to are Neelimala view point which offers a magnificent view of the Meenmutty waterfalls, Chembra Peak, the highest point of the region at an elevation of 2,100 m, ‘Hridhayathadakam’, a heart-shaped lake which is always filled with water, Banasura Sagar Dam. Wayanad has the largest tribal population in Kerala.

The climate is soothing throughout the years and almost constant. Still, the winter and early summer is best to visit as in the monsoon, the place receives ample rainfall and some of the destinations along with the wildlife sanctuary remains closed during this period of time.

The place is not free from its fair share of controversies though. The National Highway 766 passes through the Bandipur tiger reserve, connecting Wayanad to Karnataka and to protect the Wildlife in the forest, there is a proposed ban on night time traffic in the highway, supported by a Supreme Court verdict.

This gave rise to an inter-state dispute and protest by the local inhabitants as it might have a huge negative impact on the daily commute and tourism. To counter the effects, the state government in collaboration with the forest department and the District Tourist Promotion Council (DTPC) are taking necessary steps like alternate roads and destination, hence sustaining the tourism industry in this area.